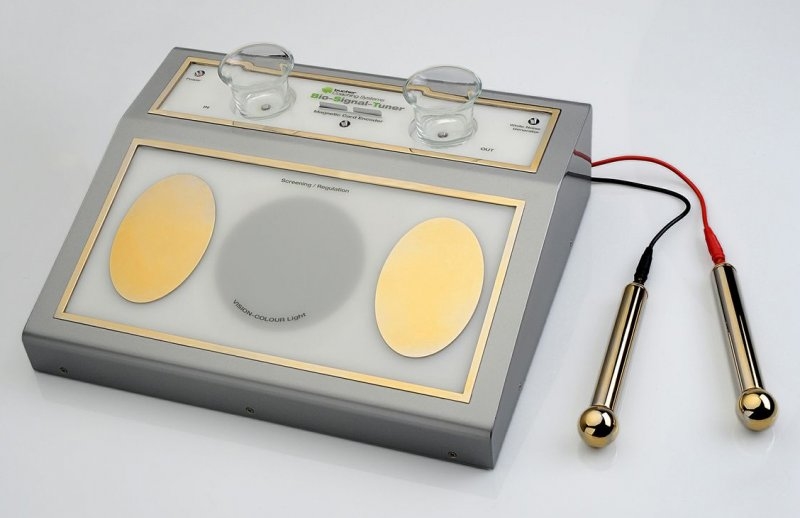 This new and optimized resonance can then be transmitted back to the patient via the hand electrodes. 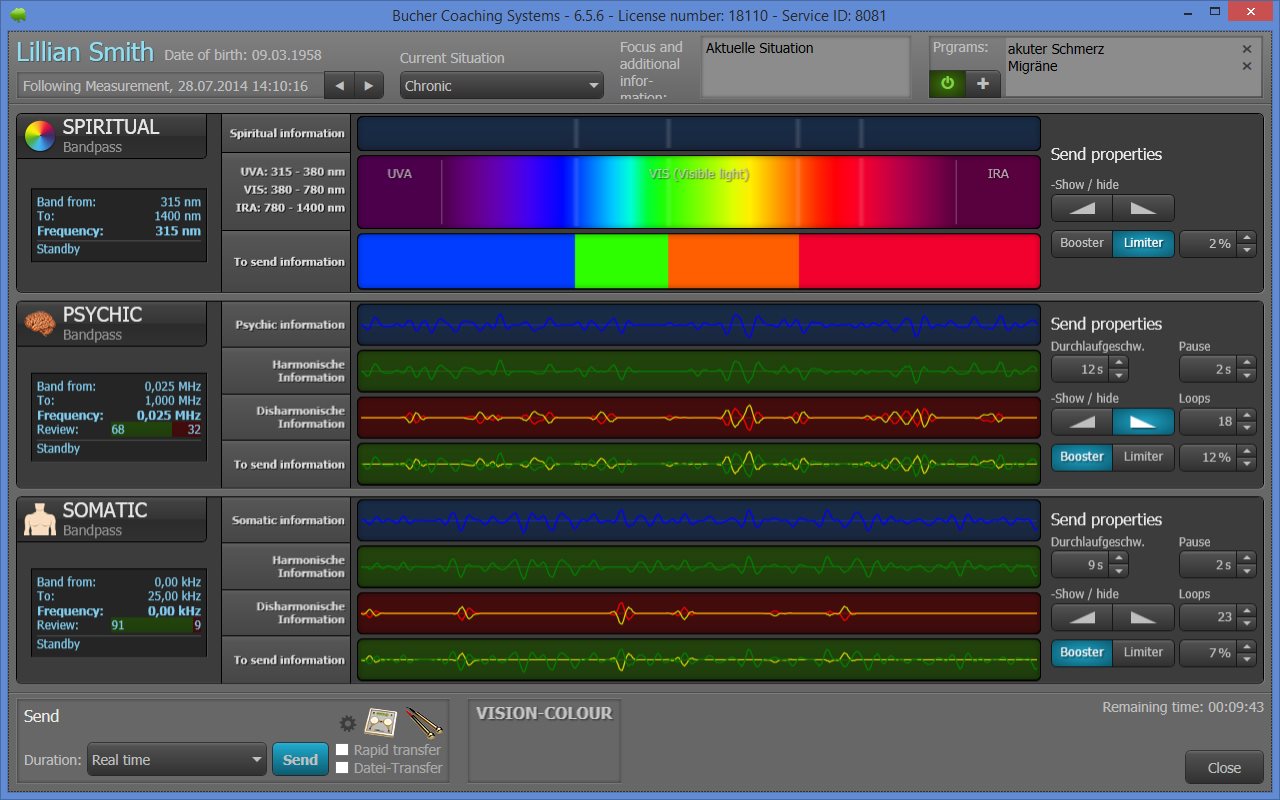 
The system's name (Triselect) already implies that the measured vibration of the client is classified into three bandpasses:

The spiritual bandpass reads vibrations in the range of 315-1400 nanometers. This covers an area beginning with ultraviolet radiation (UVA) across the visible spectrum of light to the infrared radiation (IRA). If a Vision Colour Lamp is connected, the appropriate nanometer value is displayed via colored light. The lamp is capable of emitting the visible light. It's not recommended employing UVA- or IRA as it could damage eyes and in some cases skin.

The UVA- and IRA-portions of the bandpass are thus converted into the visible area of light so that while it is made visible, it cannot be damaging.

While the wavelengths are "presented" to the client, a measurement is conducted via hand electrodes and the client's reaction measured and displayed.

The colors the client resonates with are recorded during the process. These colors are required to solve his or her current problem which was determined prior to the scan in the focus field.

In contrast to the following two bandpasses (psychic and somatic), no rating of colors is performed and no separation in harmonic and disharmonic frequencies takes place.

Wavelengths the client resonates with are later radiated during a transmission in the appropriate colors using the Vision Colour lamp.

The psychic bandpass reads vibrations in the range of 25KHz to 1MHz. These vibrations are also converted into the visible area of light and radiated by the Vision Colour hardware during the scan.

The scan occurs broken down into the following sub-steps:

The somatic bandpass reads vibrations in the area of 0 Hz to 25 kHz. This vibration is also converted into the visible nanemeter range and radiated by the colored light during the scan.